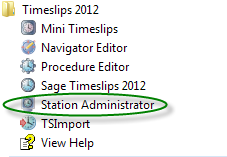 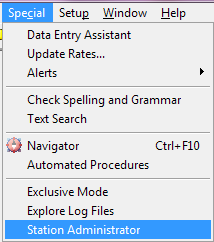 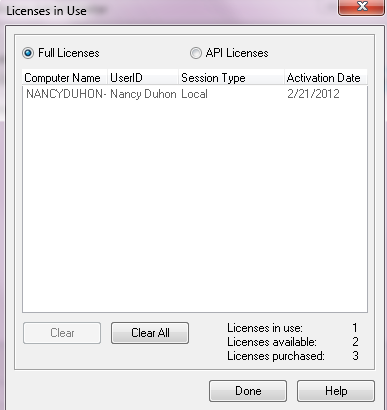 The subprogram that you need to get to is called Timeslips Administrator (instead of Station Administrator), and again, may not be on your Start Menu. As mentioned above, if not, you can launch it from your Special Menu.

It also will look/work just slightly differently from the Paradox database version, but the concepts are the same. Choose View Current Logins to see who is currently in the database and ask them to log out. *Remember, your own license counts, so you may need to exit the main Timeslips program, but leave Timeslips Administrator open.

Once everyone is out of the pool, click on View Licenses to be able to clear them. Now, when the new machine tries to log into the database there will be a license available for it to claim.

9 Responses to Managing Your Timeslips Licenses